I recently received an email with an inspiring story that had tears streaming down my face while reading it.

What would you do? …You make the choice.

Don’t look for a punch line, there isn’t one. Read it anyway.

My Question is: Would you have made the same choice?

At a fund raising dinner for a school that serves learning-disabled children, the father of one of the students delivered a speech that would never be forgotten by all who attended.

The audience was stilled by the query.

The father continued. “I believe that when a child like Shay, physically and mentally handicapped comes into the world, an opportunity to realize true human nature presents itself, and it comes in the way other people treat that child.”

Then he told the following story:

Shay and his father had walked past a park where some boys Shay knew were playing baseball.

Shay asked, “Do you think they’ll let me play?”

Shay’s father knew that most of the boys would not want someone like Shay on their team, but the father also understood that if his son were allowed to play, it would give him a much-needed sense of belonging and some confidence to be accepted by others in spite of his handicaps.

Shay’s father approached one of the boys on the field and asked (not expecting much) if Shay could play. The boy looked around for guidance and said, “We’re losing by six runs and the game is in the eighth inning. I guess he can be on our team and we’ll try to put him in to bat in the ninth inning.”

Shay struggled over to the team’s bench and, with a broad smile, put on a team shirt. His father watched with a small tear in his eye and warmth in his heart. The boys saw the father’s joy at his son being accepted. In the bottom of the eighth inning, Shay’s team scored a few runs but was still behind by three. In the top of the ninth inning, Shay put on a glove and played in the right field. Even thou no hits came his way, he was obviously ecstatic just to be in the game and on the field, grinning from ear to ear as his father waved to him from the stands. In the bottom of the ninth inning, Shay’s team scored again. Now, with two outs and the bases loaded, the potential winning run was on base and Shay was scheduled to be next at bat.

At this juncture, do they let Shay bat and give away their chance to win the game? Surprisingly, Shay was given the bat. Everyone knew that a hit was all but impossible because Shay didn’t even know how to hold the bat properly, much less connect with the ball.

However, as Shay stepped up to the plate, the pitcher, recognizing that the other team was putting winning aside for this moment in Shay’s life, moved in a few steps to lob the ball in softly, so Shay could at least make contact. The first pitch came and Shay swung at the ball and hit a slow ground ball right back to the pitcher.

The game would now be over. The pitcher picked up the soft grounder and could have easily thrown the ball to the first baseman. Shay would have been out and that would have been the end of the game.

Instead, the pitcher threw the ball right over the first baseman’s head, out of reach of all the team mates. Everyone from the stands and both teams started yelling, “Shay, run to first! Run to first!” Never in his life had Shay ever ran that far, but he made it to first base. He scampered down the baseline, wide-eyed and startled.

Everyone yelled, “Run to second, run to second!” Catching his breath, Shay awkwardly ran towards second, gleaming and struggling to make it to the base. By the time Shay rounded towards second base, the right fielder had the ball … the smallest guy on their team who now had his first chance to be the hero for his team. He could have thrown the ball to the second-baseman for the tag, but he understood the pitcher’s intentions so he, too, intentionally threw the ball high and far over the third-baseman’s head. Shay ran toward third base deliriously as the runners ahead of him circled the bases toward home.

All were screaming, “Shay. Shay, Shay, all the Way Shay”

Shay reached third base because the opposing shortstop ran to help him by turning him in the direction of third base, and shouted, “Run to third! Shay, run to third!”

As Shay rounded third, the boys from both teams, and the spectators, were on their feet screaming, “Shay run home! Run home!”

Shay ran to home, stepped on the plate, and was cheered as the hero who hit the grand slam and won the game for his team.

“That day,” said the father softly with tears now rolling down his face, “the boys from both teams helped bring a piece of true love and humanity into this world.”

Shay didn’t make it to another summer. He did that winter, having never forgotten being the hero and making his father so happy and coming home and seeing his Mother tearfully embrace her little hero of the day!

I always endeavour to ensure that what I publish is true and authentic, or I make a note that it’s an inspirational fictional story. *Smile*

I did some research and discovered it’s a variation of the original story, however the last sentence has been added to the original story. You can read the Original Story on Snopes.com which is called, “Perfection At The Plate” a work by Rabbi Paysach Krohn which appeared in his 1999 book, Echoes of the Maggid, which is described by the publishers as “heart-warming stories and parables of wisdom and inspiration” and is the fifth book in the Maggid Series.

Usually at this point, I would decide not to publish a story which is not attributed to the original author, because I know what it feels like to have my work changed, copied and shared as someone else’s work or with no credit at all… however, the comments written by the Snopes.com writer, Barbara “killed with kindness” Mikkelson, first shocked me…. and then gave me pause to reflect on the deeper meaning of her comments. In light of current events in South Africa, I decided to include the story I received by email… with the link to the original story with comments. Chush, Chush, Sweet Varlets on Snopes.com

I also know it will take me a while to think about it… and reflect on my true feelings… and I welcome your comments, whether you chose to only read the story above… and if you decide to read the original story and comments shared on Snopes.com

More than anything, I’d like to hear from parents of children with special needs.

Recently, I was privileged to watch a young child with special needs, having a horse riding lesson with Tracy from SARDA Durban. Before the lesson, Tracy was chatting to the young boy and explaining that he would need to ride bare back as he had come for his lesson in shorts. His mother firmly demanded that he ride on the saddle, as he had refused to change his shorts to appropriate clothing before they left home, and that he needed to learn his lesson.

She sounded just like me, *Smile* and I have three very able children, who often need to learn their own lessons…

When I first read “Two Choices” and then did the research, I didn’t even consider or remember my experience at SARDA Durban… however, later I felt inspired to add it, so I’m definitely grateful for this personal learning experience.

Please visit the SARDA Durban website to learn more about their truly inspiring, horse riding program for children with special needs. Each of the volunteers, 30 women and 2 men, all have families and lives of their own, most of them with full time jobs. Yet they find time during their busy week days and week-ends to give of their time, energy (and you need a lot)… and personal resources to support this program, taking nothing, except the love of serving. There is no charge for the lessons they provide to children with special needs, and they fund raise to ensure they can support the high cost of feeding and caring for the horses in their stable.  A truly worthwhile and inspirational true story to read and support. *Smile* 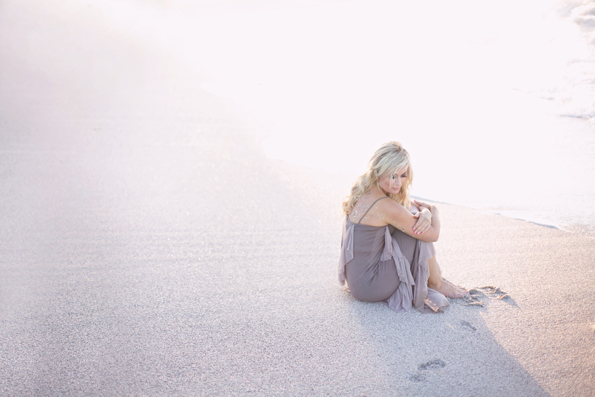