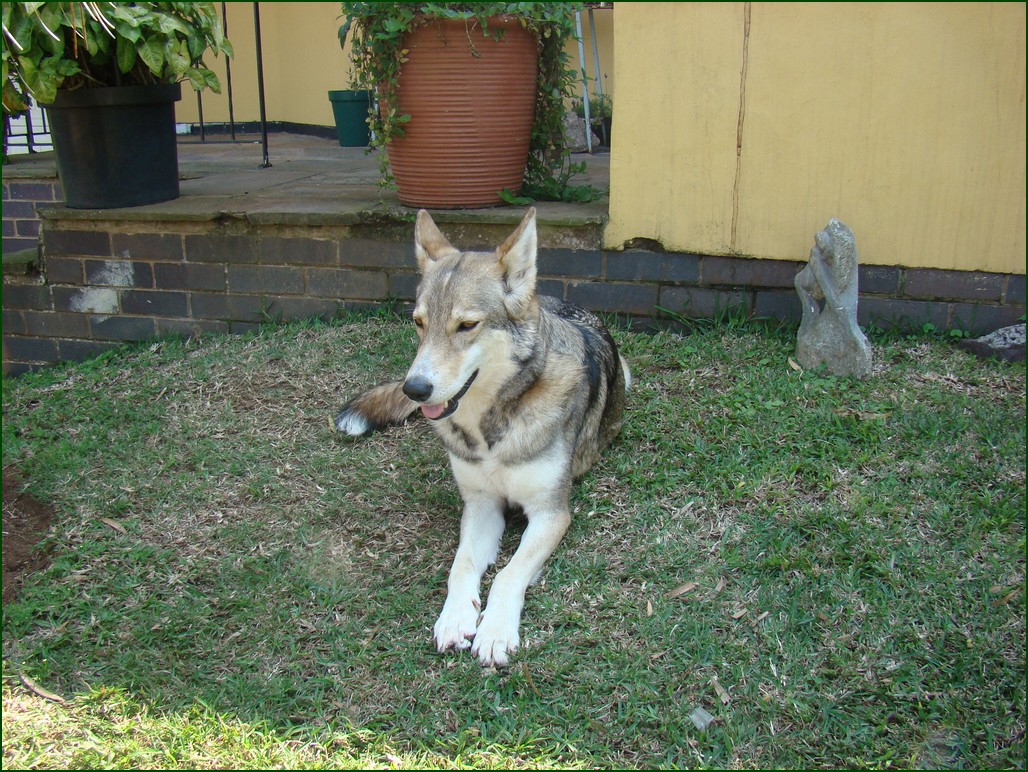 I did not sleep well last night…

We have monsters, and they were having a party in the kitchen and the lounge.

Everyone else has loving, obedient, loyal dogs and puppies.

I have monsters… and I don’t care what anyone else says… despite those cute little droopy ears, and beguiling eyes and sloppy doggy kisses.

Granted, there is an excessive amount of them… and although my wolf used to be loving, obedient and loyal, since she became a mom, she is being true to her nature and made a pack. A pack of disobedient, naughty, slobbery, pooping monsters.

Of course it can’t be ordinary poop either.

Although there were eight puppies, I am HUGELY grateful that we were able to find loving homes for five… now we have three puppies… plus Jesse’s two dogs, and my mom’s dog and the Wolf.

Now normal puppies chew things… and ours do too.

They chew the furniture, the plant pots, shoes, slippers, tin cans… one of them even stole the colander out the sink and chewed the entire bottom of the stainless steel colander.

Told you, they are monsters!

And, they don’t just chew everything… they eat it too!

So my lawn isn’t just cluttered with mounds of biodegradable dog poop… that the rain can wash away, or that we can pick up with the pooper scooper and put in the garden drum.

Oh no… I have the evidence that they are monsters, because my lawn is covered with brightly coloured, kaleidoscopic patterns of bits and weird pieces of Monster Poop.

Now, I just know what you are going to say?

Mands… just pack your stuff away!

Of course why didn’t I think of that!

If they were puppies and not monsters that would work.

I have evidence that they are monsters.

They climb trees… five feet up.

Why… to check out the bird’s nests of course.

Fortunately they haven’t made it high enough yet to actually get the nests.

And they climb on kitchen counters and climb into cupboards.

They open doors. And jump over chairs!

This is a peaceful night.

Some evenings the monkeys visit… and then there is a battle of the species.

Other nights the cows visit… and then the Wolf, dogs and puppies ALL howl in crescendo… because barking just isn’t good enough!

I’m grateful for the sunshine.

I’m grateful for writing in my journal… because when I read this… it has the potential to be humorous and one day… it will be really funny, especially after a good night’s sleep. *Grin*

I’m grateful for friends… even those that live far away.
I’m grateful that we can stay in touch and share… through email, phone calls and even comments on facebook.

I’m grateful for the Loerie I saw in the Jacaranda tree this morning, and even though I stood in dog Monster Poop, the sight of the Loerie opening its wings in a fan so that the sun shone through its bright red feathers was breath-taking, as I stood below looking straight up. *Smile* They truly are gorgeous birds …and I love how they frolic and clamber about in the top branches of the tree, chasing each other and playing like happy children. *Grin*

I’m grateful for a gardener who comes once a week… he gets to pick up the monster poop and the shredded newspaper and torn letters and slobbered bits of wood and chewed into odd shapes plastic and all the icky stuff that I don’t want to touch, and definitely don’t want to pick up. 🙂

I am grateful for the Kloof SPCA, and for the wonderful workers and volunteers who have helped us so much during this year. First a neighbour reported us twice for neglect of our animals, and the Kloof SPCA Inspector who came to visit actually said the opposite, that our dogs are happy, affectionate, loving (they nearly licked her hands off 🙂 ) and obviously well cared for. Then the neighbour’s dog chewed a puppies nose over the fence, and it was close to the end of the month with no Salticrax in the cupboard… and the Vet doesn’t give credit, but the Kloof SPCA helped. Then there was two bags of poison… and no it wasn’t ours as we don’t keep poison in any form… one puppy brought us the bag, unopened… the other puppy consumed an entire bag. Tears fill my eyes as I write this at the memory, even though it’s been three months. The vet bill was astronomical, and they don’t do overnight care. The Kloof SPCA again came to our aid in a time of great need and distress… the workers and volunteers waiting late into the evening to help us. Despite three vets saying that the puppy would probably not survive… he did, and I truly am grateful.

Please sponsor our friend Shane Cox with his Dog Box Championship to raise funds for his bail – 100% of the funds going to the Kloof SPCA.

It’s a wonderful, unique, inspiring initiative, and they deserve HUGE help and support! 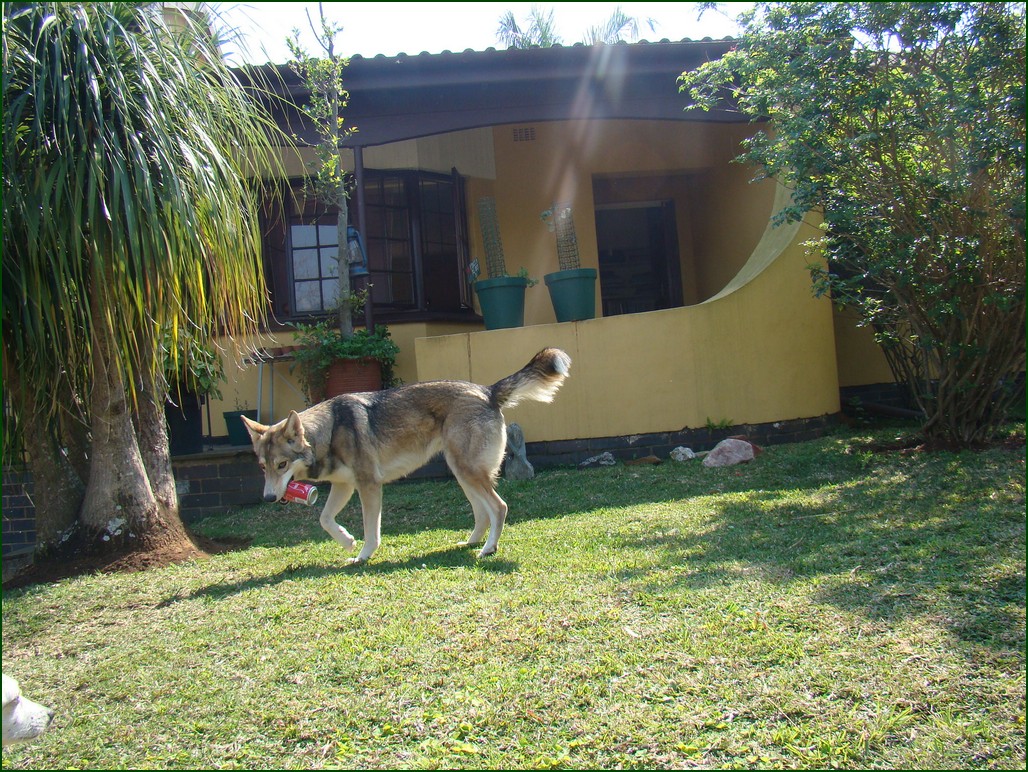 Ryver, our wolf! (Sneaking into the bin to get an empty tin can, *Sigh*) 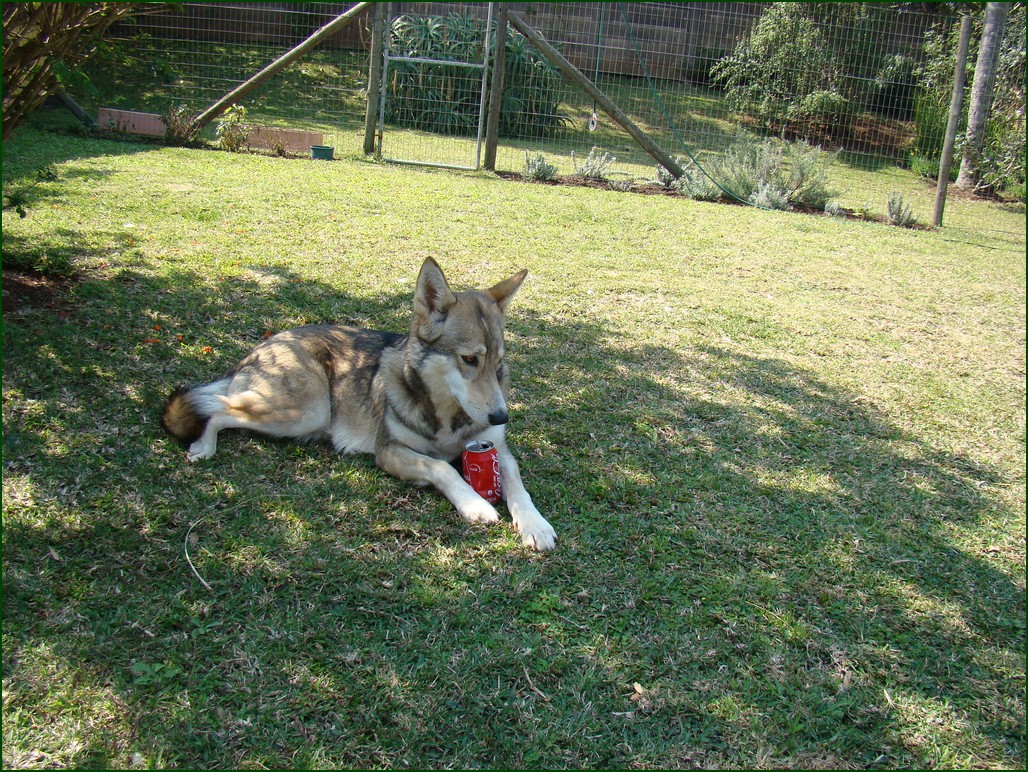 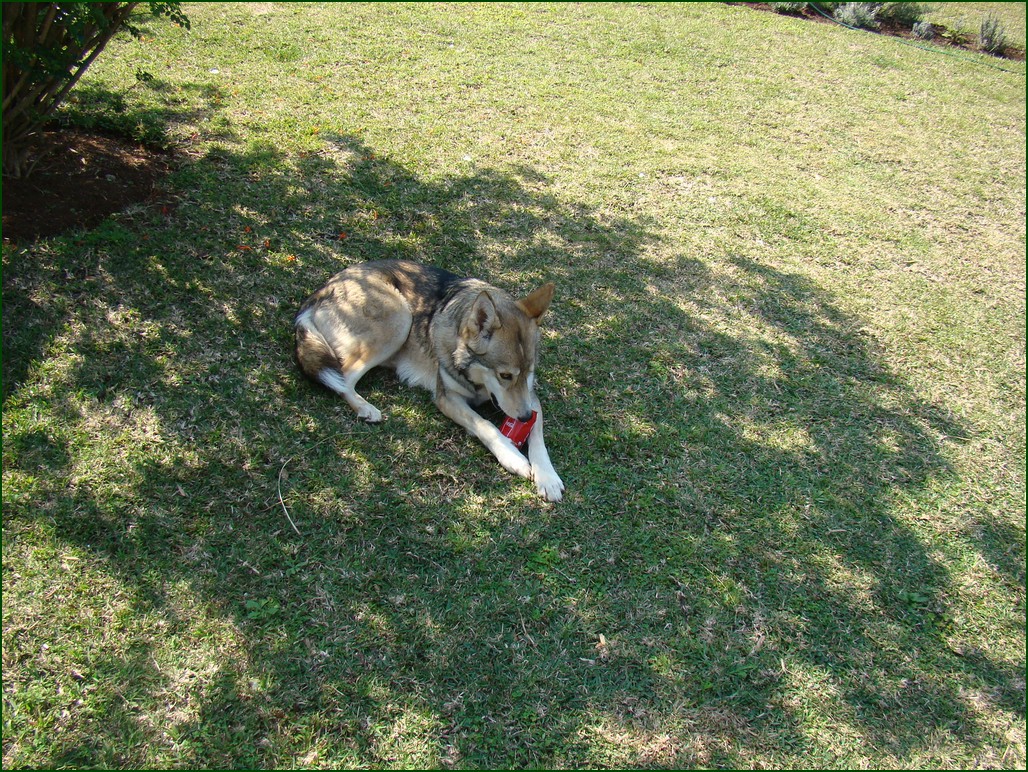 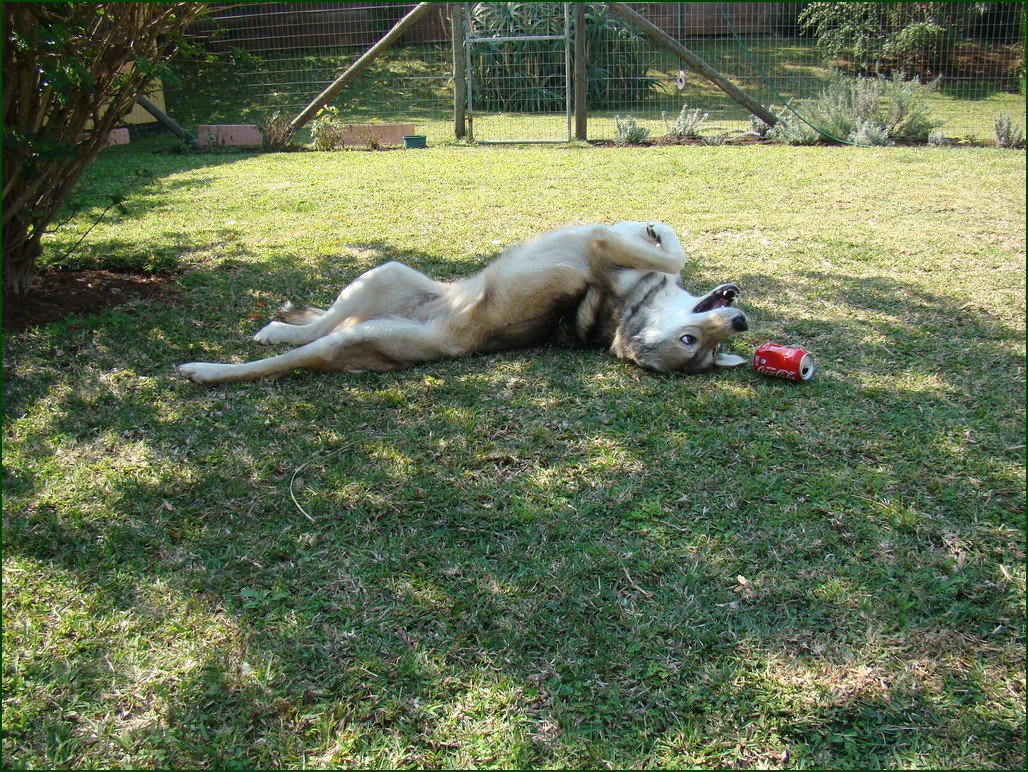 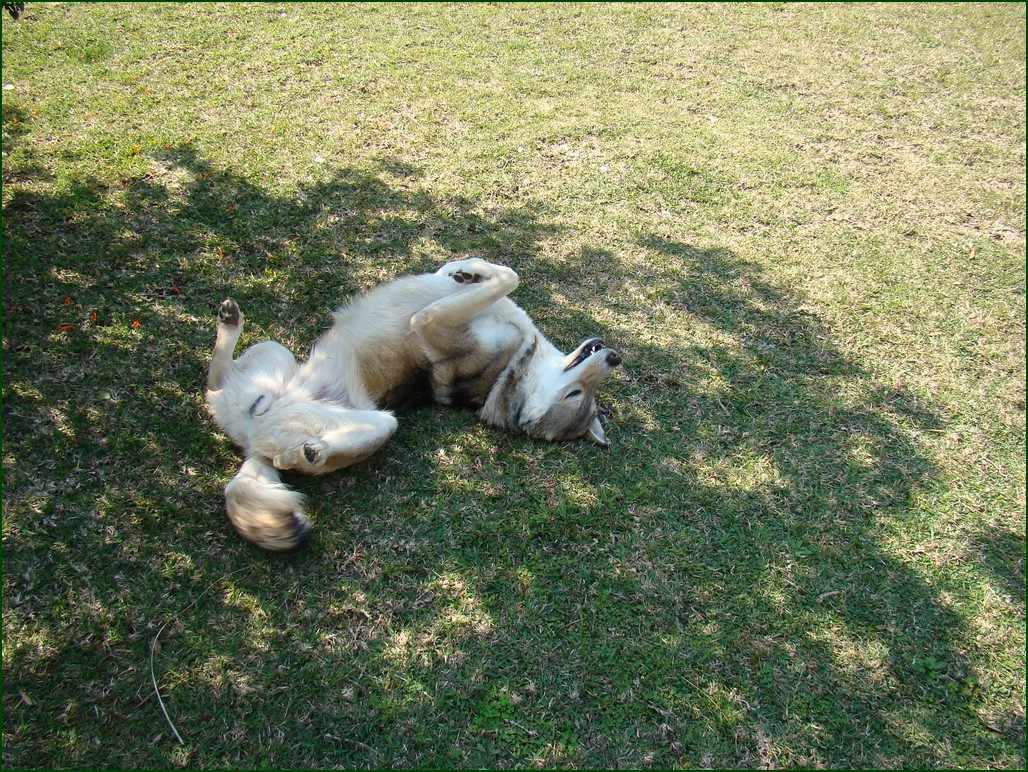 Tumblr
2 comments to “We Have Monsters”