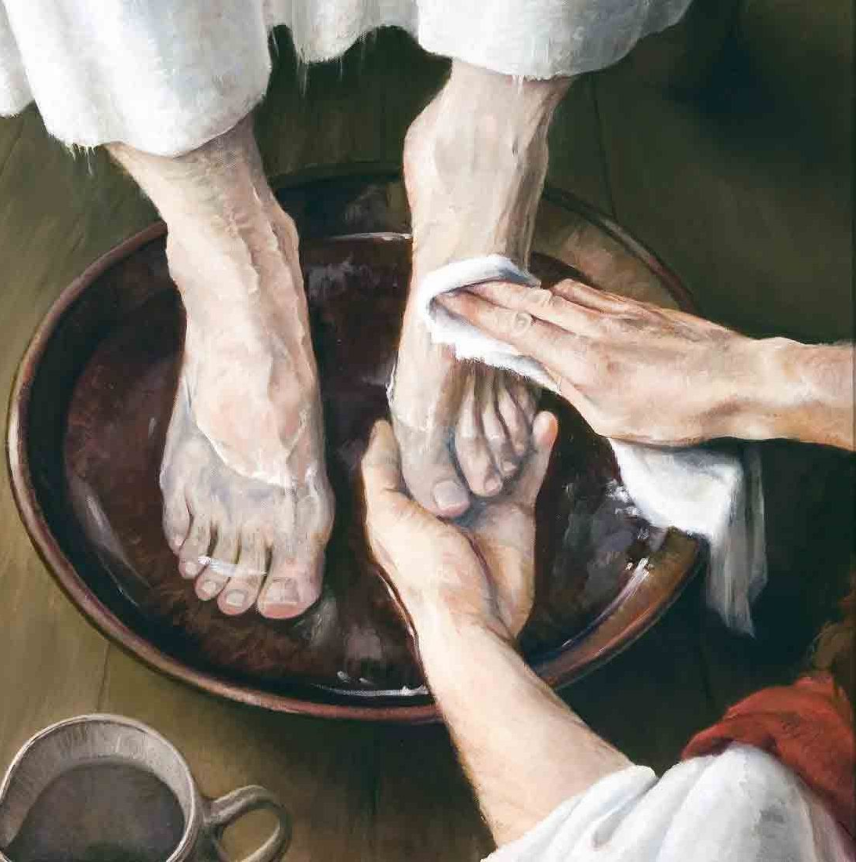 There once lived in the city of Marseilles an old shoemaker, loved and honoured by his neighbours, who affectionately called him “Father Martin”.

One Christmas Eve, as he sat alone in his little shop reading of the visit of the Wise Men to the infant Jesus, and of the gifts they brought, he said to himself. “If tomorrow were the first Christmas, and if Jesus were to be born in Marseilles this night, I know what I would give Him!”

He rose from his stool and took from a shelf overhead two tiny shoes of softest snow-white leather, with bright silver buckles.

“I would give Him these, my finest work.”

Replacing the shoes, he blew out the candle and retired to rest. Hardly had he closed his eyes, it seemed, when he heard a voice call his name…

“Martin! Martin!”
Intuitively he felt a presence. Then the voice spoke again…

“Martin, you have wished to see Me. Tomorrow I shall pass by your window. If you see Me, and bid Me enter, I shall be your guest at your table.”

Father Martin did not sleep that night for joy. And before it was yet dawn, he rose and swept and tidied up his little shop. He spread fresh sand upon the floor, and wreathed green boughs of fir along the rafters. On the spotless linen-covered table he placed a loaf of white bread, a jar of honey, and a pitcher of milk, and over the fire he hung a pot of soup. Then he took up his patient vigil at the window.

Presently he saw an old street-sweeper pass by, blowing upon his thin, gnarled hands to warm them. “Poor fellow, he must be half frozen,” thought Martin.

Opening the door he called out to him, “Come in, my friend, and warm, and drink a cup of hot soup.” And the man gratefully accepted the invitation.

An hour passed, and Martin saw a young, miserably clothed woman carrying a baby. She paused wearily to rest in the shelter of his doorway. The heart of the old cobbler was touched. Quickly he flung open the door.

“Come in and warm while you rest,” he said to her.

“You do not look well,” he remarked.

“I am going to the hospital. I hope they will take me in, and my baby boy,” she explained.
“My husband is at sea, and I am ill, without a soul.”

“Poor child!” cried Father Martin. “You must eat something while you are getting warm.
No, then let me give a cup of milk to the little one. Ah! What a bright, pretty fellow he is! Why, you have put no shoes on him!”

“I have no shoes for him,” sighed the mother sadly.

“Then he shall have this lovely pair I finished yesterday.”
And Father Martin took down from the shelf the soft little snow-white shoes he had admired the evening before. He slipped them on the child’s feet… they fit perfectly. And shortly the poor young mother left, two shoes in her hand and tearful with gratitude.

And Father Martin resumed his post at the window. Hour after hour went by, and although many people passed his window, and many needy souls shared his hospitality, the expected Guest did not appear.

“It was only a dream,” he sighed, with a heavy heart.
“I did believe; but he has not come.”

Suddenly, so it seemed to his weary eyes, the room was flooded with a strange light, and to the cobbler’s astonished vision there appeared before him, one by one, the poor street-sweeper, the sick mother and her child, and all the people whom he had aided during the day. And each smiled at him and said. “Have you not seen me? Did I not sit at your table?” Then they vanished.

At last, out of the silence, Father Martin heard again the gentle voice repeating the old familiar words. “Whosoever shall receive one such in My name, receiveth Me… For I was an hungred, and ye gave me meat: I was thirsty, and ye gave me drink: I was a stranger, and ye took me in:… Verily I say unto you, Inasmuch as ye have done it unto one of the least of these my brethren, ye have done it unto Me.” (Matthew 25: 35 & 40)