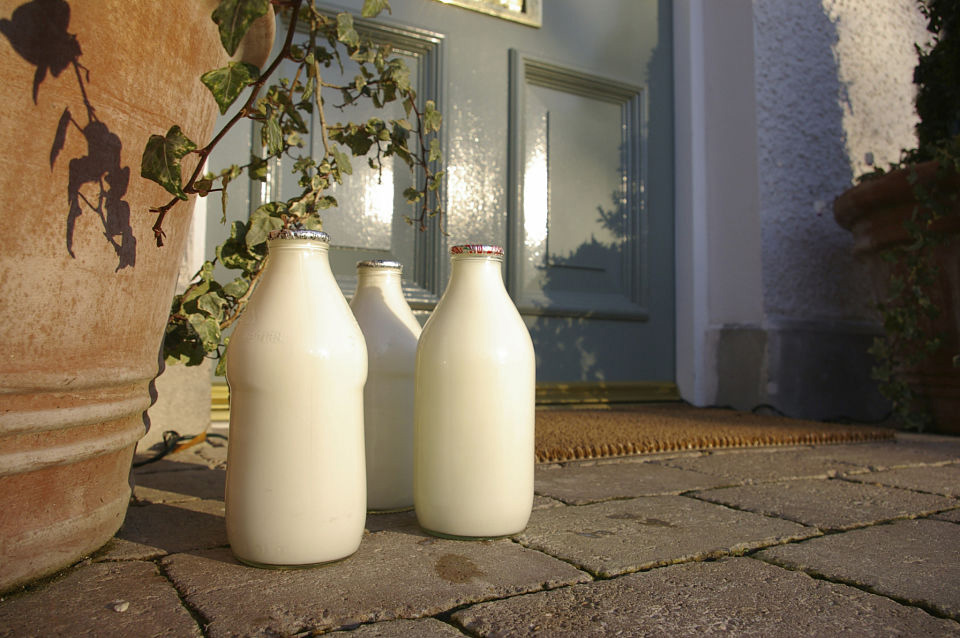 When Ben delivered milk to my cousin’s home that morning, he wasn’t his usual sunny self. The slight, middle-aged man seemed in no mood for talking.

It was late November 1962, and as a newcomer to Lawndale, California, I was delighted that milkmen still brought bottles of milk to doorsteps. In the weeks that my husband, kids and I had been staying with my cousin while house-hunting, I had come to enjoy Ben’s jovial repartee.

Today, however, he was the epitome of gloom as he dropped off his wares from his wire carrier. It took slow, careful questioning to extract the story from him. With some embarrassment, he told me two customers had left town without paying their bills, and he would have to cover the losses. One of the debtors owed only $10, but the other was $79 in arrears and had left no forwarding address. Ben was distraught at his stupidity for allowing this bill to grow so large.

“She was a pretty woman,” he said, “with six children and another on the way. She was always saying, ‘I’m going to pay you soon, when my husband gets a second job.’ I believed her. What a fool I was! I thought I was doing a good thing, but I’ve learned my lesson. I’ve been had!”

The next time I saw him, his anger seemed worse. He bristled as he talked about the messy young ones who had drunk up all his milk. The charming family had turned into a parcel of brats.

I repeated my condolences and let the matter rest. But when Ben left, I found myself caught up in his problem and longed to help. Worried that this incident would sour a warm person, I mulled over what to do. Then, remembering that Christmas was coming, I thought of what my grandmother used to say: “When someone has taken from you, give it to them, and then you can never be robbed.”

The next time Ben delivered milk, I told him I had a way to make him feel better about the $79.

“Nothing will do that,” he said, “but tell me anyway.”

“Give the woman the milk.

Make it a Christmas present to the kids who needed it.”

“Are you kidding?” he replied. “I don’t even get my wife a Christmas gift that expensive.”

“You know the Bible says, ‘I was a stranger and you took me in.’

You just took her in with all her little children.”

I let the subject drop, but I still believed in my suggestion. We’d joke about it when he’d come. “Have you given her the milk yet?” I’d say.

“No,” he’d snap back, “but I’m thinking of giving my wife a $79 present, unless another pretty mother starts playing on my sympathies.”

Every time I’d ask the question, it seemed he lightened up a bit more.

Then, six days before Christmas, it happened. He arrived with a tremendous smile and a glint in his eyes. “I did it!” he said. “I gave her the milk as a Christmas present. It wasn’t easy, but what did I have to lose? It was gone, wasn’t it?”

“Yes,” I said, rejoicing with him. “But you’ve got to really mean it in your heart.”

“I know. I do. And I really feel better. That’s why I have this good feeling about Christmas. Those kids had lots of milk on their cereal just because of me.”

The holidays came and went. On a sunny January morning two weeks later, Ben almost ran up the walk. “Wait till you hear this,” he said, grinning.

He explained he had been on a different route, covering for another milkman. He heard his name being called, looked over his shoulder and saw a woman running down the street, waving money. He recognized her immediately — the woman with all the kids, the one who didn’t pay her bill. She was carrying an infant in a tiny blanket, and the woman’s long brown hair kept getting in her eyes.

Ben stopped the truck and got out.

“I’m so sorry,” she said. “I really have been meaning to pay you.” She explained that her husband had come home one night and announced he’d found a cheaper apartment. He’d also gotten a night job. With all that had happened, she’d forgotten to leave a forwarding address. “But I’ve been saving,” she said. “Here’s $20 toward the bill.”

She looked at him as if he were the Angel Gabriel and started to cry.

“I didn’t know what to do, so I put an arm around her. Before I knew what was happening, I started to cry, and I didn’t have the foggiest idea what I was crying about. Then I thought of all those kids having milk on their cereal, and you know what? I was really glad you talked me into this.”

“Heck no,” he replied indignantly. “I gave her the milk as a Christmas present, didn’t I?”

“Angel On A Doorstep” By Shirley Bacheld
Was originally published in Reader’s Digest, December 1992
Website: www.readersdigest.ca