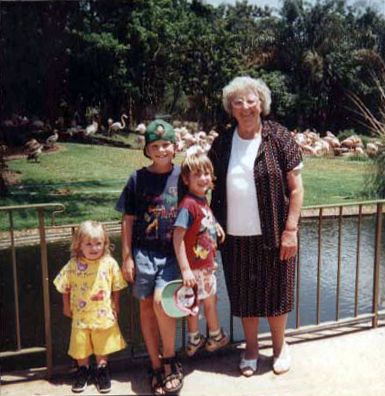 Jesus taught: “Wherefore it is lawful
to do well on the sabbath days.”

I hate writing…. with a pen, or pencil or any writing instrument. I have severe dyslexia which was only discovered in my matric year, and writing anything, even a Christmas Card means I’m the local Christmas Card Charity’s best customer, because I buy lots… and trash lots, because of how many mistakes I often make. *Smile*

The best Christmas Cards we did… we had printed with a personal message, and I printed the labels for the envelopes, so everyone received a Christmas Card from us that year. *Smile*

However, put me in front of a computer with a keyboard, and I type faster and more accurately than anyone else I know. *Grin*

It wasn’t always so… as I’ve had a love – hate relationship with computers since I was eleven when I started with our first Apple computers at school, (a hundred years ago)… well only 40 years ago really. *Grin*

Although it took me a long time to figure out the bits of a computer and how they work, I’ve always been able to use most software after an hour or two… from the first “WordProcessors” and the first accounting packages that had separate modules for debtors, creditors and cash book before they were integrated… (and there were no hard drives so you had a disc for the software and a disc for your data), to my first experience of MacDraw & Paint, ClarisWorks, Adobe Photoshop 3.1 and Aldus PageMaker… and so many more… about a decade before the first Windows platform software was launched.

This meant that I was always being asked for help!
At school… at home, and then at work. By family and friends alike.

Until I was so sick of computers and all the problems they created… that at the age of 22… I didn’t touch a computer for a couple of years, and it was at least four or five years before I allowed a computer in my home again. *Grin*

It wasn’t that I was unwilling to help… it’s just that’s what I always felt I was always doing. *Smile*

When I married Dave at the age of 21, I received the most precious gift imaginable… a Mam-In-Law, who was just simply the most amazing person… and I fell in love with her, as much as I had with Dave.

My Mam was sweet, and funny and strong… and wise.
Although she lived on the other side of the world… she phoned often, sent Birthday cards, Easter Cards, Anniversary Cards and Christmas Cards… without fail… sometimes with UK pounds that she always apologised for being so few, however, always transformed into plenty of South African Rands. *Grin*

And my Mam wrote letters… every other week, and sometimes more.

In envelopes with pretty stamps from the other side of the world. *Grin*

And although I detested writing with a pen… or pencil, since I had forsaken computers of any kind… I wrote back, not often, however probably every couple of months… in painstaking print, taking hours, sometimes days to write a two page letter in reply.

I do love Genealogy, now referred to as Family History, and she rewarded me by filling her letters with stories and anecdotes, birth certificates and marriage certificates… dates of happenings and events… copies of newspaper clippings and old photos. A few memorabilia and sharing from her loving heart.

So I wrote back… not often, not nearly often enough I’m embarrassed to admit.

Mostly on Sunday afternoons when Dave and the children were having a nap. *Smile*

I sent photos of our family, when our children were babies and at any special occasions, like birthdays and Christmas, and school happenings.

When Jess was still little, my Mam came to visit, and it was just the best time ever, even though we were really busy with work and stuff, we tried to spend every possible minute with her… sharing stories, making memories, capturing each moment and trying to remember it for a lifetime.

When our nephew had a computer and email… it was much easier for me to reply to her emails… and yet, I wish I’d taken more photos… and sent her more…
I wish I wrote more letters, and communicated with her more.

Although she was in her 80’s when she died, it was a physical blow I couldn’t seem to get through. I cried at the oddest times, and just couldn’t comprehend that there was no one for me to write letters too… even though I’d been so terrible at writing to her. I realised she’d been a constant in my thoughts and my heart for two decades, and I just couldn’t accept that she was gone, the pain in my heart threatening to overwhelm me.

I wrote four, sometimes five times a week… sometimes more… and I even published a lot of it, in focused themed websites, that attracted 1000s of visitors.

I wrote about anything and everything that caught my attention and developed into anything longer than a paragraph. *Smile*

For more than a decade I wrote and shared and published what I wrote… and not for a minute did I ever consider my writing was a talent… a gift, I hadn’t even begun to discover. *Smile*

Until a time came… when I couldn’t write at all.

My heartbreak too achingly poignant to ever eloquently capture in words.

I simply stopped writing… and I stopped researching our family history.

No matter how much I wanted to… I just wasn’t able to.

Finally, I realised how much I love writing… how much I wanted to write… that I may actually have some ability and talent. *Grin*

Yet no matter how much I wanted to… the simple, joyful, easy experience of writing I’d enjoyed for more than a decade, was simply just gone.

Even though I did try at times.

Each time I tried to write… with intent, rather than the spur of the moment, spontaneous inspired have to want to must write way I had before… it felt stilted, uncomfortable and a tiny flicker from my heart would say there is a time… and season for everything.

A time to write… and a time not to write.
The realisation deeply devastating.

Although, I did write now and again during that two year period, it was always difficult, and most of which I’d only write in my journals. It was in December 2016, when I wrote a few letters, with difficulty, however with a deeply inspired need to do so that I felt an inkling of what it had felt like before to write, and I realised that with more time… and some nurturing, I’d be able to write again… maybe not as I had before, however, with maturity and maybe an inkling of wisdom. *Smile*

I have no idea if I’ll ever write as prolifically as I used to… or even if I’m any good at it at times… I just know that I’m enjoying writing and sharing again… and that I’m deeply grateful for the gift of writing that my Mam, so unknowingly inspired. *Smile*

We always used to write letters home on a Sunday at boarding School, and I know that technology has changed the “need” to write letters or emails, because you can phone or skype, and share on social media… however, I still get such a thrill when I receive a newsy email from family and friends… and snail mail and posted packages are just the best ever, unexpected surprises. *Grin*

On Saturday, 16th December 2017, we’re going to provide and serve a cooked meal to 10 people, all in their 70s …and decorate their Christmas Tree and give them Heart to Heart Bags filled with gifts and goodies… so if you would like to write a “Christmas Letter & Card” to one or more, there are 5 women and 5 men, please let me know. If you’d like to help and join us, please let me know.

For My Mam, Marjorie Swinburne, I love you all ways and always. 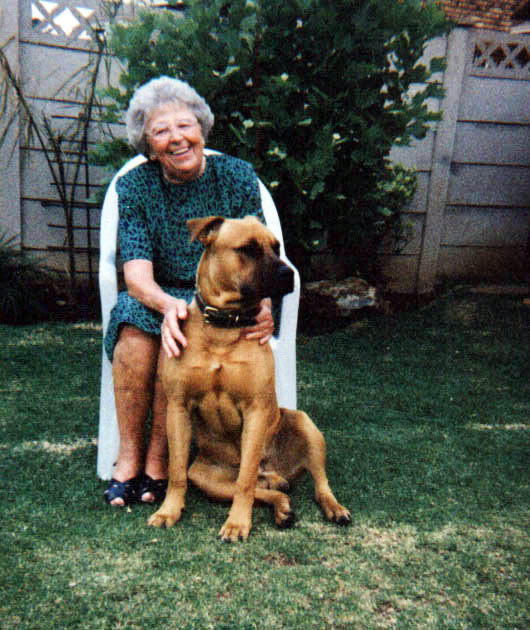