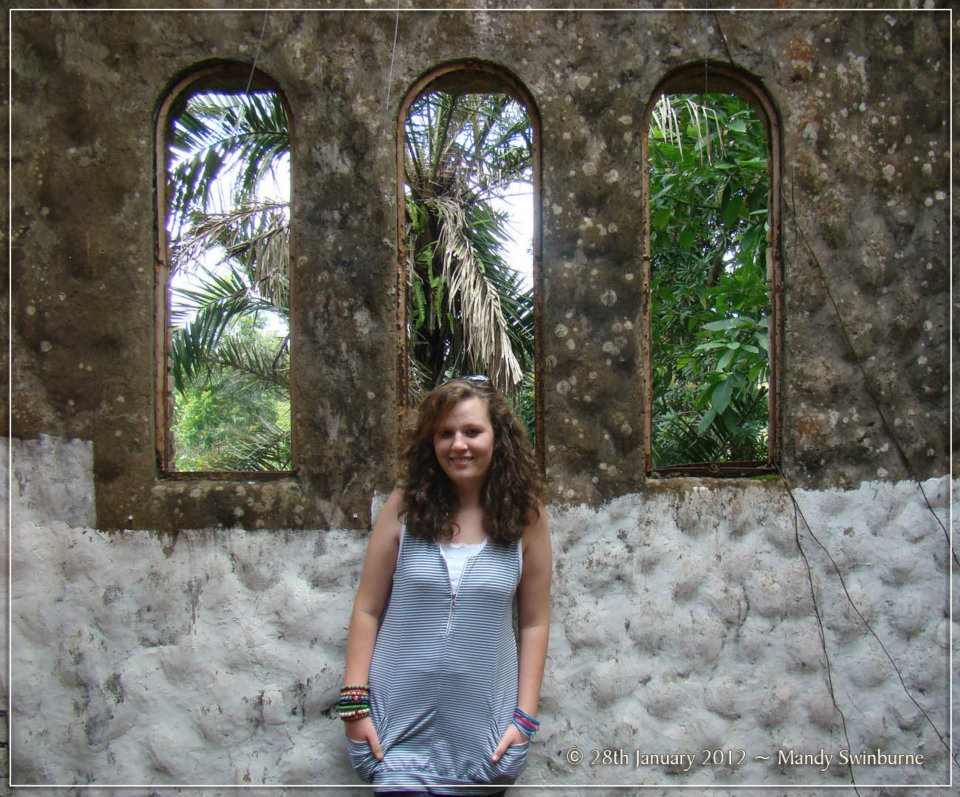 My 20 year old daughter Jess, has Graves’ disease – hyperthyroidism. Which in and of itself, is manageable with medication, despite the severe side-effects of the meds which are actually even worse than the symptoms of the disease. What most people don’t know… and understand… is that Jess also has the rare and life threatening complication of a “Firestorm” in her body.

Jess was first diagnosed in 2012, after being ill for six months… and although she has stabilised on her meds three times, and even undergone a ‘ween off the meds’ process once, each time she has relapsed… and relapsed hard, re-igniting the firestorm that rages for months.

During the onset of the initial “Firestorm” Jess was hospitalised, and she was so ill, that her specialist remained at the hospital for 36 hours, checking on Jess often, to ensure her care personally.

The miracle was that Jess suffered no internal damage to her vital organs, and especially to her heart, a blessing I am truly grateful for.

If there was more that could be done than I can do, during these “Firestorm” periods, then Jess would be hospitalised during these times, however we have been blessed, and each time Jess has stabilised with the medication over a long period of months with my care, and support from my husband.

Jess recently stabilised on her medication in February 2016, after a relapse in May 2015… and we have ‘breathed a very short lived sigh of relief’.

At this time, Jess is struggling and fighting another relapse, however the symptoms of another “Firestorm” are significant.

I’m writing this today… mainly because of some of the insensitive remarks that have been made to Jess during recent months.

I understand that it’s because of ignorance and the lack of understanding, and often Jess doesn’t have the energy, or the will to explain the ever changing dynamic of her illness, the added complications of the “Firestorm” and how “brutal” it can be to manage even with medication… maybe especially with the medication.

None the less… unthoughtful comments can still be hurtful, and cause distress.

I don’t claim to be an expert, and I have no medical training, so please note that this article should not be construed as medical advice, and is only for the purpose of providing information for better understanding.

If you experience any symptoms or health problems discussed in this article, please seek medical care, from a licensed medical practitioner. 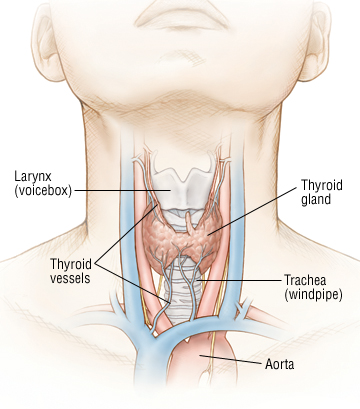 Graves’ disease is an immune system disorder that results in the overproduction of thyroid hormones (hyperthyroidism).

Because thyroid hormones affect a number of different body systems, signs and symptoms associated with Graves’ disease can be wide ranging and significantly influence overall well-being. Although Graves’ disease may affect anyone, it’s more common among women in their late 20’s before the age of 40.

The primary treatment goals are to inhibit the overproduction of thyroid hormones and lessen the severity of symptoms.

Although our General Practitioner diagnosed Jess with Graves’ disease, he chose not to treat her, as the signs and symptoms are complicated… and most of the medical treatment is just to deal with the symptoms and not the actual disease, and so he referred us to a specialist practitioner… a decision I will be eternally grateful for.

Hyperthyroidism is a condition in which the thyroid gland is overactive and makes excessive amounts of thyroid hormone. The thyroid gland is an organ located in the front of your neck and releases hormones that control your metabolism (the way your body uses energy), breathing, heart rate, nervous system, weight, body temperature, and many other functions in the body. When the thyroid gland is overactive (hyperthyroidism) the body’s processes speed up and you may experience nervousness, anxiety, rapid heartbeat, hand tremors, excessive sweating, weight loss, and sleep problems, among other symptoms.

Jess experiences most of these symptoms and more even on medication…

Then worse still, the medication Jess takes exasperates some of the symptoms like anxiety, excessive sweating, sleep issues and diarrhoea… and has completely the opposite on others… instead of weight loss, extreme weight gain. No energy, constant fatigue and muscle weakness. Additionally, headaches that lead to severe migraines and almost constant brain fuzziness and the inability to concentrate or study.

The symptoms of hyperthyroidism include the following:

Jess experiences most of these symptoms everyday… in varying degrees, even with her medication.

Some days, I can actually watch the Thyroid on Jesses neck swell and enlarge, which is obviously sensitive to touch. When Jess was initially diagnosed, both the x-ray technician and the specialist who performed the sonar scan, where so alarmed that they repeated the tests several times and commented to me, that they were surprised and even shocked that Jess was still ok (alive) and on her feet, and that we were actually chatting and laughing as a family together. At every chance they got, Dave and Jess were having wheelchair races in the hospital corridors… and it was only many days later, that I realised that the nurses and hospital staff never chastised them, probably because of how gravely ill Jess actually was at the time.

The most common cause of hyperthyroidism is the autoimmune disorder Graves’ disease. In this disorder, the body makes an antibody (a protein produced by the body to protect against a virus or bacteria) called thyroid-stimulating immunoglobulin (TSI) that causes the thyroid gland to make too much thyroid hormone. Graves’ disease runs in families and is more commonly found in women.

Hyperthyroidism also may be caused by a toxic nodular or multinodular goiter, which are lumps or nodules in the thyroid gland that cause the thyroid to produce excessive amounts of thyroid hormones. In addition, inflammation of the thyroid gland—called thyroiditis—resulting from a virus or a problem with the immune system may temporarily cause symptoms of hyperthyroidism.

Jess has a very strong immune system, and although she experienced some of the normal childhood illnesses… like Measles, Chicken Pox and Rubella, after Jess turned six, she never even had a cold or flu until 2012 when she was 16, then she had a cold for the first time, followed by an upset tummy… and then flu, which got worse and became a bronchial infection, followed by another bout of diarrhoea, with flu and headaches and she just continued with these ailments until she was diagnosed with Graves’s Disease (hyperthyroidism), and the rare life threatening complication of a “Firestorm”.

As well as Graves’s Disease (hyperthyroidism), Jess was diagnosed with a very rare, however life threatening complication of a “Firestorm” or Thyroid Storm in the body.

Since Jess was so young, her specialist guided us to follow an aggressive treatment of medication, rather than radiation treatment or surgery… which can lead to sterility and the need to take hormone replacement medication for the duration of a lifetime, and other, and even more severe complications.

With her hyperthyroid medication, Jess also takes beta-blockers to block the effects of thyroid hormones on her body. For example, beta-blockers help slow down her rapid heart rate and reduce hand tremors… and lower and moderate her body temperature.

In my own peculiar understanding… basically Jesses Immune System and Thyroid Gland went to war against each other… which mean high levels of hormones and especially adrenalin flood her body, constantly increasing her body temperature and accelerating her heart rate to dangerous, often life threatening levels.

During the first three months after Jess was diagnosed, I watched her almost constantly, only sleeping when Dave was able to watch over Jess.

Jess slept for almost 20 – 22 hours a day, because of the high dosage of medication she was taking… which kept her alive, in the hope that the “Firestorm” would burn itself out.

Despite the severity of the Firestorm that often rages through Jesses body each time she has a severe relapse… her heart is undamaged with no scaring, and although her eyesight has been affected and she now needs glasses for long distance… and in the hope that she can get her driver’s licence this year, *Smile* as Jess has been affected by some of the more severe eye conditions that can occur because of a hyper thyroid. 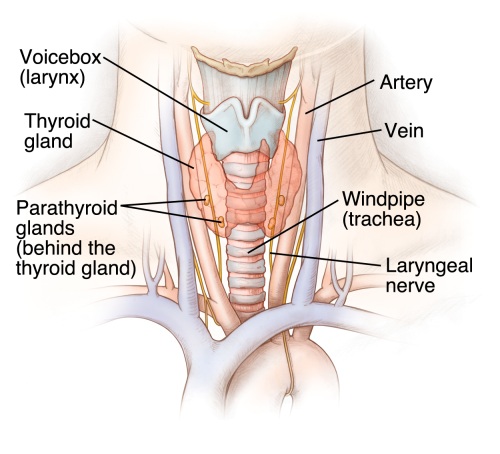 This is not a disease to be ignored because your thyroid, located at the front of your neck, produces hormones that affect nearly every part of the human body including your muscles, brain and skin. These glands control the way in which your body uses energy, which means it affects your metabolism and how your body uses the calories you consume.

Many symptoms of an overactive thyroid gland are neurological, which means they have an effect on the nervous system.

If left untreated, Graves’ disease can lead to heart rhythm disorders, changes in the structure and function of the heart muscles, and the inability of the heart to pump enough blood to the body (congestive heart failure).

A rare, but life-threatening complication of Graves’ disease is a thyroid storm, also known as accelerated hyperthyroidism or thyrotoxic crisis.

Untreated hyperthyroidism can also lead to weak, brittle bones (osteoporosis). The strength of your bones depends, in part, on the amount of calcium and other minerals they contain. Too much thyroid hormone interferes with your body’s ability to incorporate calcium into your bones.

The medical information in this article is provided as an information resource only, and is not to be used or relied on for any diagnostic or treatment purposes. This information is not intended to be patient education, does not create any patient-physician relationship, and should not be used as a substitute for professional diagnosis and treatment.

Please consult your health care provider, before making any healthcare decisions or for guidance about a specific medical condition. We expressly disclaim responsibility, and shall have no liability, for any damages, loss, injury, or liability whatsoever suffered as a result of your reliance on the information contained in this site.

We do not specifically endorse any test, treatment, or procedure mentioned in this article and on the site.