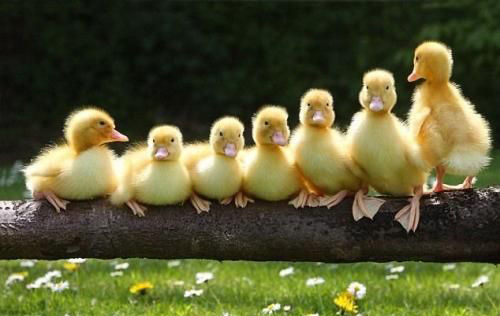 I was watching one of those funny candid camera videos on the internet with my family last week… and it reminded me of some childhood memories.

I grew up with a family of outdoor adventure enthusiasts, and was privileged to spend my early years in the beauty of real African bush, the hardships of which never even occurred to me at the time, probably because I didn’t know any different. *Grin*

We almost always lived in a house… sometimes built of brick, sometimes made from prefab… and only a couple of times we had to stay in a caravan and tent. *Smile* We almost always had water on tap, however only hot water once a day when the fire was lit under the old fashioned boiler outside.

Most of our appliances were run on gas, as when we had electricity it came from a generator, which was usually only on for a couple of hours in the evening.

A simple life in the bush that I loved and remember fondly.

Of course 4×4 vehicles were a necessity, rather than a luxury, and I loved every excursion into the Kalahari Desert or nearby Game reserves, depending where we lived at the time… and then they were just recreational and fun. Whether with my immediate family or my cousins, I enjoyed many outdoor adventures to places that hardly saw people, and some of which no longer exist in their natural state, as development sprung up to serve human need.

Then there were the week-ends… 4×4 adventures, motor cross racing, drag racing, camping at the beach, and boating at the Vaal. *Smile*

Some of the best fun I had was parasailing at the beach and skiing at the Vaal… which brings me to some funny moments which shouldn’t be funny, but just are… *Smile* like those candid camera videos you just have to watch that make you laugh, but shouldn’t because someone is usually getting hurt by a silly stupidity.

Boating was new to my cousins, when I was a young teenager and sharing in their first skiing adventures… so initially only the ‘adults’ where allowed to ski, while myself and little cousins where only allowed to go on the tube tires or boogie boards, while being pulled slowly behind the boat. We could sit and lounge… or turn on our tummies and hold on as the boat increased in speed. It was fun and relatively safe… and none of us ever got hurt. *Smile*

My much older cousins and their friends weren’t always so lucky.

First, skiing isn’t as easy as it looks, and once you are actually standing, you tend to hold on no matter what happens or appears on your watery horizon… like a tree trunk, that granted shouldn’t be there… or going sideways towards the river bank, and a jetty extending in front of your river path.

What I never understood… and what my much wiser older cousin cautioned me never to ask, as we were “the girls” …was why they never let go, before they hit the tree trunk smack dab in the middle, or got dragged along the river bank, or ploughed into the jetty… while they were going one way as the boat was slowing down and going in a different direction… it takes a while for a boat to slow down and you can’t just hit the brakes. *Grin*

There were bloody noses, scrapped legs, bruises and scratches… and unfortunately for “the girls” …uncontrollable mirth as we had the pleasure of this peculiar behaviour… week-end after week-end. *LOL*

I wish I had photos. *Grin*

Letting go… one of the hardest things to do.

And I am not without fault in this regard.

Nineteen months ago… my life in retrospect was amazingly blissful, and we were enjoying simple pleasures and abundant blessings.

Nothing extravagant… and certainly no excess… and definitely no outdoor trips and wild adventures. *Smile* However the simple joy of every day sharing of love and laughter with my family.

Jess was recovering from a two year struggle with Graves’ Disease and a Firestorm in her body. Our expenses and bills were all paid… we had groceries for a month, and we were actually paying our debt. Our eldest son was gainfully employed and doing well in Gauteng, and our youngest son had completed his electrical trade test and was qualified, and went to stay with his brother. Our home was clean and organised… and Jess and I were able to enjoy afternoons of scrapbooking and crafting together. Our garden was green and well-tended and tidy, with an abundant vegetable garden that provided for us, as I learned to grow a wider variety of vegetables. *Grin*

Even the monkeys respected my garden. *LOL*
(Only because I have a Wolf who jumps higher than the wall they sometimes choose to run along. 🙂 )

It was a wondrous time that I embraced… waking up in the morning with my heart full of gratitude and happiness, living and celebrating each moment.

Of course it was short-lived and things changed.

Nothing tragic or terrible happened… just life in its ever changing evolving dichotomy of challenge, trials and blessings. *Smile*

First, Jess had a major relapse… then I was ill… and the garden was neglected for a time. The monkeys came very quietly and very late one evening… and then very early one morning just before it was light, and raided crops that had been lovingly tended for months, I was simply heartbroken.

In the following months, there was unemployment, a car accident, a business dispute. We unwillingly agreed to foster dogs that were older than we were told… resulting in puppies, one batch of six puppies, and another of two puppies that lived just two months later… that included two still born puppies, and a puppy that needed care for 36 hours and then later died… that broke all our hearts.

Our dogs are socialised with our tortoise, bunnies and cats… these weren’t.

Chaos and tragedy became a daily challenge, especially when the mother of the first batch of puppies began to reject feeding at just two weeks, and Jess started to supplement feed with puppy formula… every two hours.

Crafting projects where packed away… work projects shelved… and our home and garden became just another chore, especially after the septic tank overflowed and the landlords were away for a week, before we could get permission for the tanker to come and empty the septic tank… and of course they didn’t clean the ‘overflow’.

My life… our life… was quite literally in the toilet.

First one son had moved back… and then the other… our home filled to overflowing, our budget broken… and a menagerie of pets and family that were in disharmony, and home in chaotic disarray. The neglected garden, made barren with the onslaught of the worsening drought and an electricity and water bill that was rivalling our rent… the decision to stop watering the un-flourishing vegetable patch an easy one, in its diminished capacity.

As the chaos in my life… and our family and home continued, I wondered what lesson I should be learning, why I wasn’t coping better with patience, empathy and understanding. I struggled with my health, work and chores… which all just seemed really hard, and I couldn’t remember how I had taken pleasure in daily chores and work, as I had previously.

I’d had ‘all my ducks in a row’ …and now I just couldn’t get it together.

After lots of prayer… months of reflection and meditation… and some deep soul searching… I had this visualisation of my cousins and their friends holding on to that ski rope, no matter what they faced… a tree trunk standing up right in the middle of the dam, hitting straight into it… getting too close to the river bank and being dragged along it… or curving on the swell of the water and ploughing towards a jetty being pulled along the edge.

I was holding on so tight to that ‘blissful time’ and definitely not letting go… that despite trying to be present in the moment, I was getting bashed and bruised by stuff that I could probably have avoided had I been paying attention… even just a little bit. *Smile*

In essence, it actually doesn’t matter now… what does matter is that I let go of that ‘blissful time’ that occurred 19 months ago… and let go of the things that hurt and upset me at the time, and that shattered that wonderful blissful time in my life, and decided just be grateful for it.

And that I would be grateful for the ‘ducks’ I do have now. *Grin*

They may not all be in a row… but at least they’re in my pond. *Smile*

Life is messy… and tragic… and challenging… and hard and difficult.

Life is full of illness… and unemployment… and accidents… and loss.

Life is a dichotomy of right and wrong… ups and downs… having it together, and falling apart… frustration, anxiety, fear and faith… patience and gratitude… choices and consequences of those choices… and the choice as to how we deal with all of it.

Life is also about unexpectedness… the tree trunk sticking up that just shouldn’t be in the way, a curve towards the bank without any control of the direction we are going when we were enjoying the ride on the river… and like a jetty that should be a platform for our purpose, it becomes a hindrance that actually hurts us.

We can hold onto these ‘unexpecteds’ that cause us hurt and distress, which obviously just continue to hurt us… or let go, which isn’t really as easy as it seems.

And only possible by learning the lesson… and looking for the blessing, and being really grateful when you discover that blessing.

For me it’s that ‘wham in my face unexpectedness’ that gets me every time. *Grin*

I don’t know if I’ll ever have ‘all my ducks in a row’ ever again… it certainly doesn’t feel that way right now, *Smile* as the chaos and mess in our home gets worse as I’m sorting, selling, donating, recycling, giving away and tossing out what we no longer need or want… and as I realise that I may never enjoy the health and energy I used to when I was even just a little bit younger than I am now… I am however truly grateful for ‘the ducks that I do have in my pond’ …my crazy chaotic life… I am alive… my wonderful, real, amazing, human family… they love me unconditionally as I love them. My creativity… my talents… the work I have… friends… and of course the crazy monster dogs and special cats and wonderful bunny. The bills are getting paid, the debt is being tackled… and I am humbled by the abundance of blessings we receive more often than I realise. *Grin*

Celebrating this moment with gratitude and quacks! 🙂
Mands 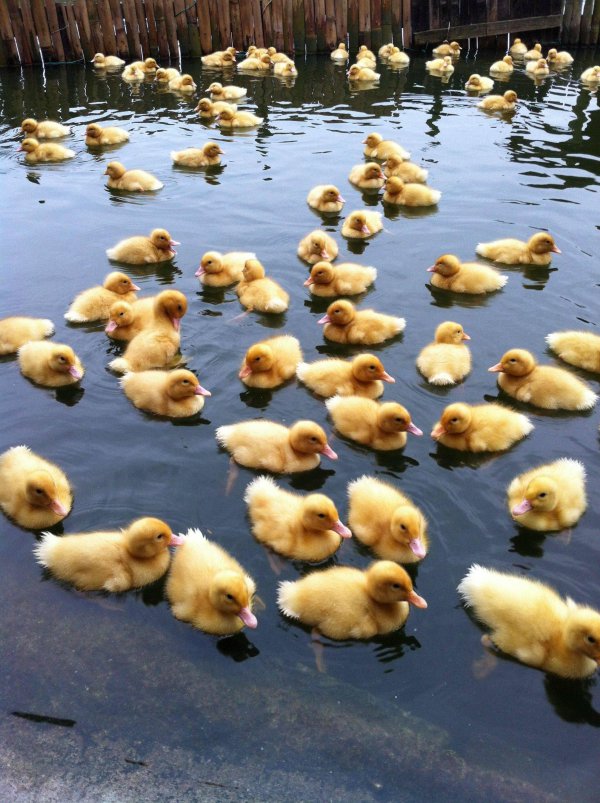 Tumblr
One comment to “At Least I Have Ducks”